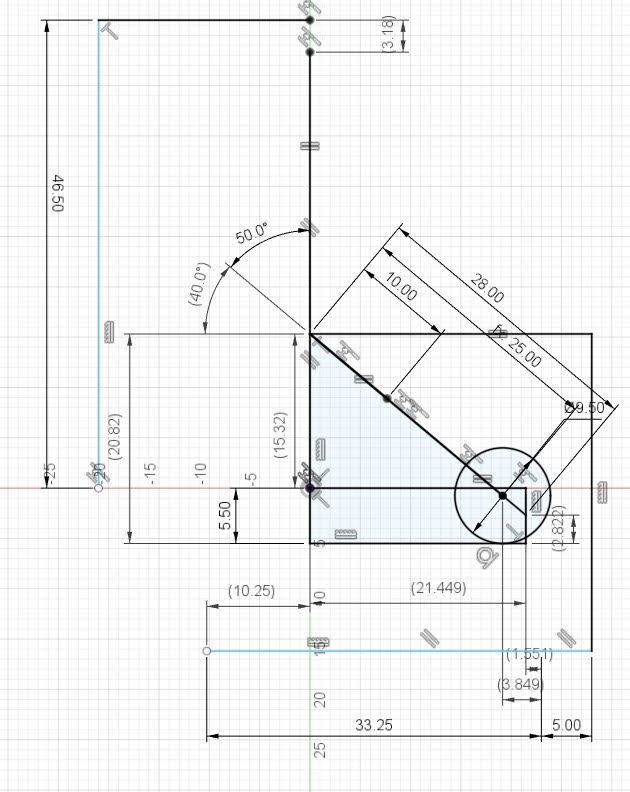 We mounted the structure that holds the arm for the robot. Mounted the motor for the separate intake with a 40 degree angle guide to push the ball to the center of the chassis for proper use.

The mechanical team assembled the shooter and mounted it onto the moving arm of our robot.

Then we tested the shooter of the robot. As well, we cut the Lexan and mounted the battery mount for the final electrical panel of the robot. The programming team continues to further develop the robot’s vision system.

Our Lexan was cut for the electrical panel, we mounted the electrical panel and added the electronics. A bar stock was added for support. The mechanical team continued to cut and mount the arm structure but there was some trouble with bracketing and getting 90 degrees with the bandsaw while our miter saw was out of use. We finished building our climber for the robot. We finalized the length of the arm of the robot. We experimented with flashlight and capacitors and found that using resistors bundled together without a capacitor fixes the pulses in light intensity. We decided to use the shooter as an intake while testing the it.

We finished cutting and mounting the arm structure. We mounted the motor on the climber and finalized the position on the chassis. The electrical wiring, mounting, and soldering is finished.

We completely assembled the robot and the IDs were set for the motor controllers. We started making new bumpers for the robot. There were some finishing touches to our hub for Regal Eagle Rampage and painted wood for our field for Rampage.