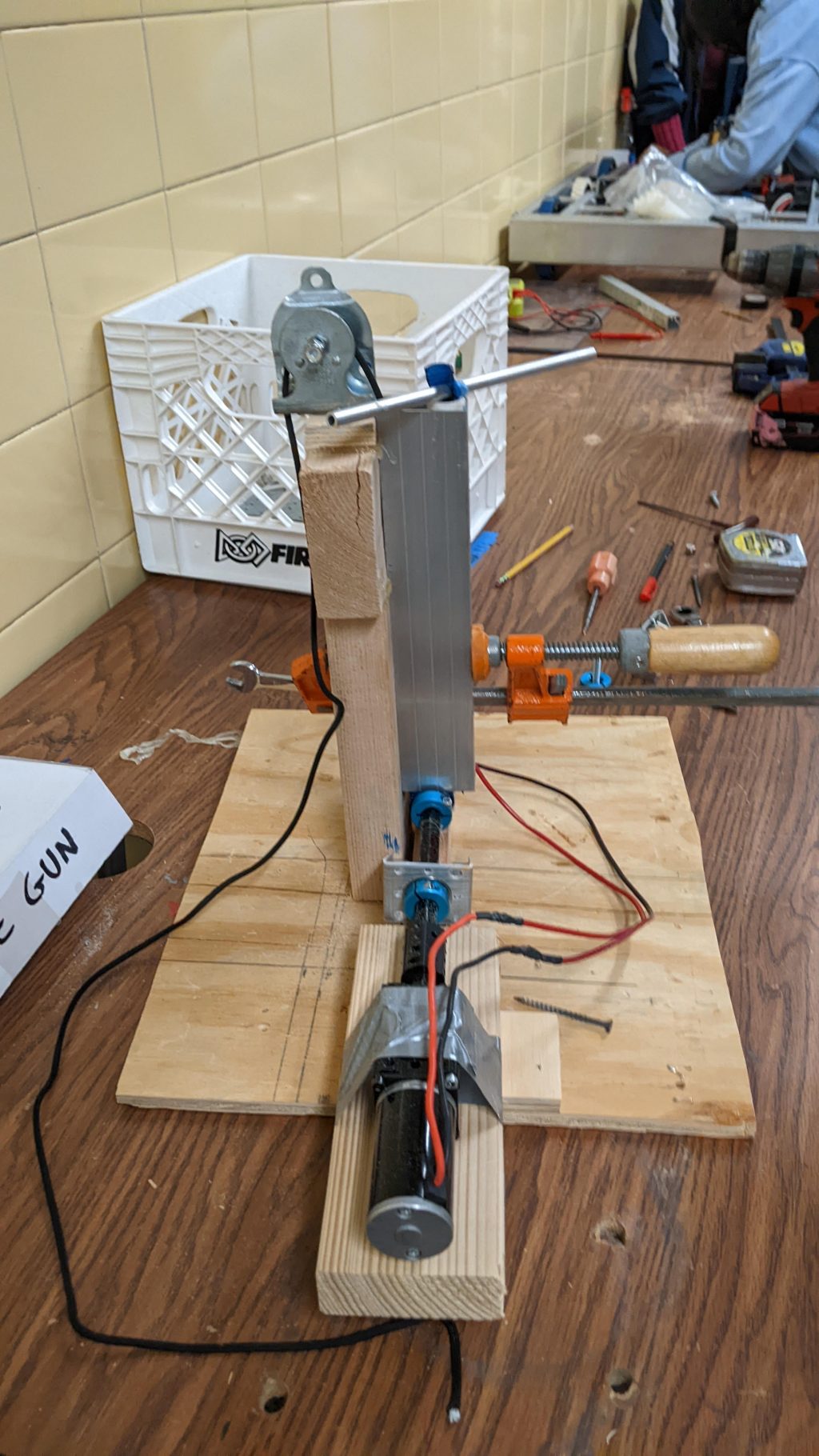 We prototyped two shooters and made the right adjustments to reach the high goal with both. We advanced our progress on the chassis with the toughbox mini and tube neo brushless motors. Our electrical team made an electrical panel to test the chassis. We also looked into using falcon 500s for shooters instead of the 775 pros. We tried putting new wheels onto the shooter prototype. The shooter prototype reached up to 8 feet in the air when shooting!

Then the chassis measurements (churro length) were fixed. We also continued to make adjustments to the two shooter prototypes. Meanwhile, others in the mechanical team built a climber prototype.

We ordered materials we needed for the climber as well. The climber prototype worked as a proof of concept. A group brainstormed intake mechanisms. The electrical team researched encoders and practiced putting them together. The programming team tested out the Falcon 500s, and the CAD team designed and printed a mount for the Falcon. Programming also looked into tracking the ball through vision; pictures of the ball in different locations on carpet with scrap wood were taken. The climber group added a PVC pipe paracord system to the prototype hangar.

The PVC pipe is extended which is connected to the paracord raised by a roller similar to the 118 EveryBot 2020 design. The electrical group mounted the electrical panel to the chassis so we can hopefully start getting driving practice soon. The shooting prototype group built and fixed up the second prototype shooter. The intake group started the prototype for an intake design and assembled miniature tennis balls. The programming group got the UltraSonic sensor working for distance measurement.