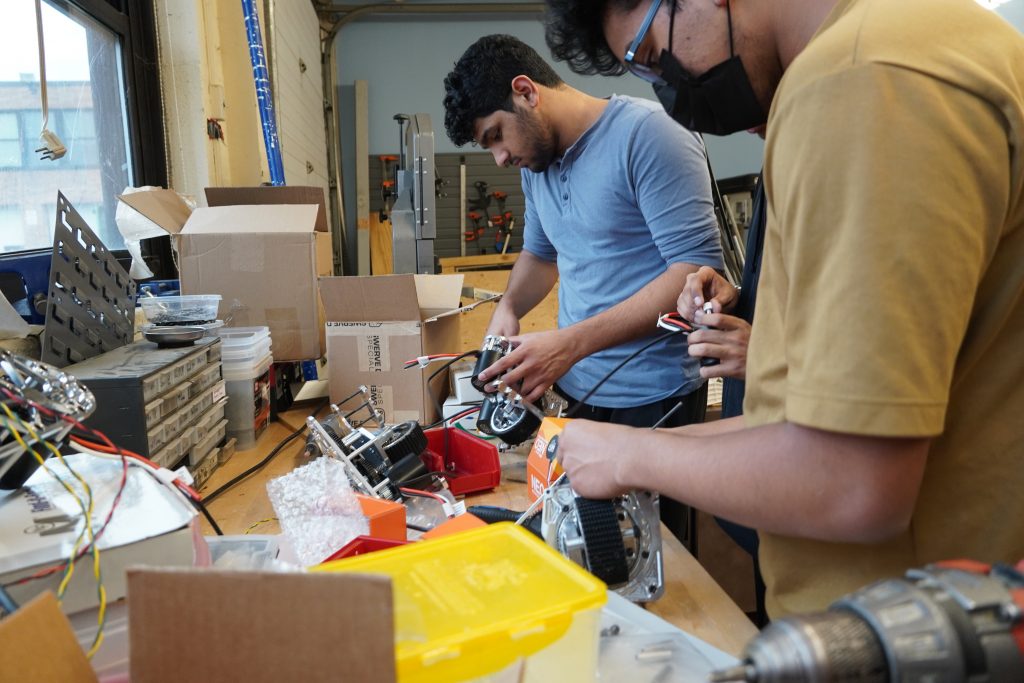 The Regal Eagles started the season together watching the FIRST Robotics Competition Livestream, Saturday, January 7th, 2023. This marks the beginning of build season for all FRC teams! Following the reveal of this year’s game, the team broke-off into groups to tackle different aspects of the game. We have a design team that discusses possible robot designs, a strategy team that goes over a game plan, and a manual team that reads through the game manual and rules. Along with the robot being built, our carpentry team additionally is starting to build the new field for Regal Rampage!

The mechanical team has started organizing tools and materials by building wooden shelves. Also, they’ve started building prototypes that can be incorporated into how our robot will pick up cones and cubes. Additionally, the team finished assembling the swerve drive module, and is now starting the chassis.